Nikola Nikolov is a Lecturer in Computer Science in the Department of Computer Science and Information Systems in UL. He is the Course Director for the Graduate Diploma in Computing and for the Specialist Diploma in Web Applications Development. As a member of the Interaction Design Centre his main research interests are in the combinational optimisation and information visualisation, more specifically in the visual exploration of large and complex social and biological networks. He also has an interest in creating interactive applications in virtual worlds. During 2004 and 2005 Nikola was involved in the VALACON (Visualisation of Large and Complex Networks) project as a researcher for the IMAGEN group in the National ICT Australia.

Having received his B.SC in Informatics from Sofia University St. Kilment Ohridski, Bulgaria in 1995, Nikola went on to achieve his Ph.D., in Computer Science at the University of Limerick in 2002, where he has remained in a professional capacity.

Nikola is associated with several groups and associations, IxDA, Lero, ACM and NICTA to name but a few.

Currently, he is leading the Visual Insight Research Group. 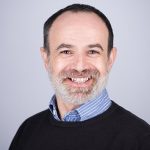