The launch of the Alternative Perspective tours at The Hunt Museum 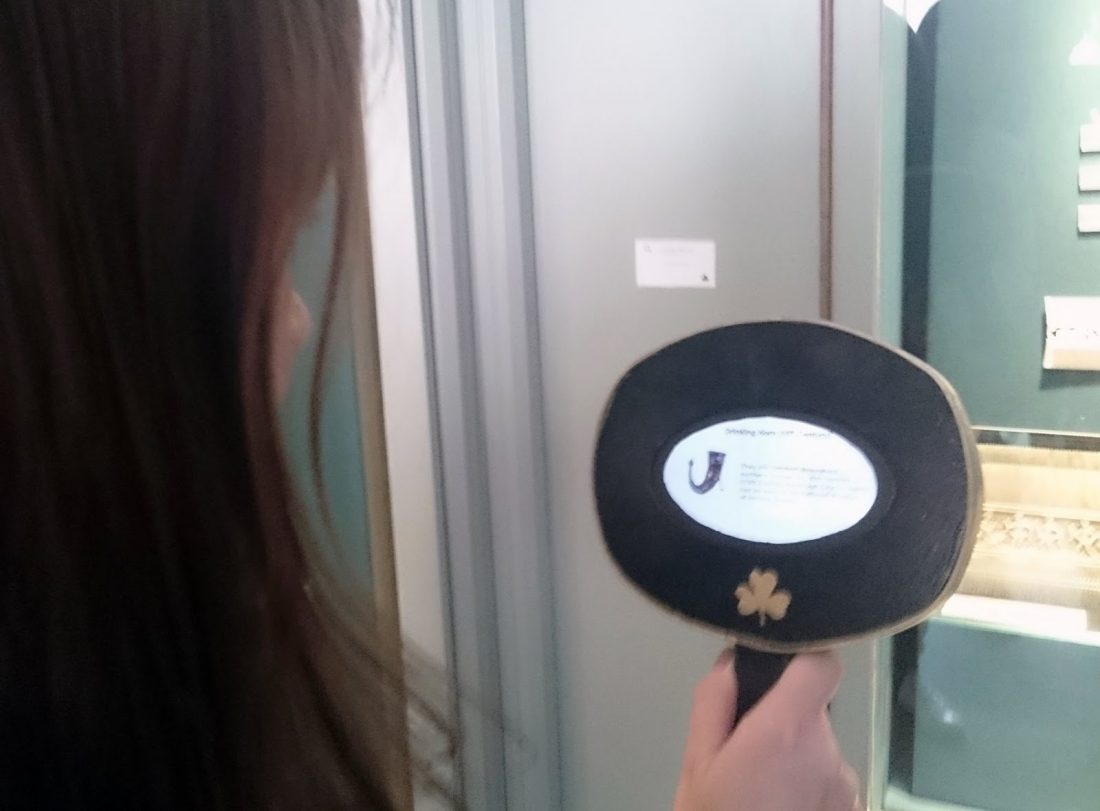 The launch of the Alternative Perspective tours at The Hunt Museum

The Interaction Design Centre at the University of Limerick and The Hunt Museum are organising a public event to mark the inauguration of the “Alternative Perspectives” museum tours on Tuesday, 15 September 2015, 11am at the Hunt Museum.
The exhibition marks the launch of a self-guided tour using The Loupe, a smart artefact developed as part of the Material EncounterS with digital Cultural Heritage (meSch) EU project.
The aim of the meSch project is to design and develop a platform that will allow cultural heritage professionals to build  and modify their own interactive exhibits, and re-use existing multimedia digital content. It involves thirteen partners in six European countries and several cultural heritage institutions.
The already existing tours “History of Ireland in 10 objects” and “Architecture in the Hunt Museum” offered by the Hunt Museum to explore its eclectic collection (using a brochure or led by docent) are now offered in a new form – assisted by The Loupe.
The event,  which will take place in The Captain’s Room, will be opened by Hugh Maguire, director of the Hunt Museum. Dr Luigina Ciolfi  (Sheffield-Hallam University, UK, meSch coordinating partner) and Dr. Gabriela Avram (Interaction Design Centre, UL) will speak about the meSch project and respectively about the 2015- Year of Irish Design initiative, which funded the exhibition.
Laura Maye, the UL interaction designer behind the exhibition who has worked together with the team at The Hunt Museum (curators, docents and interns) will introduce the tour, after which the participants will be invited to experience the Loupe-assisted tour.